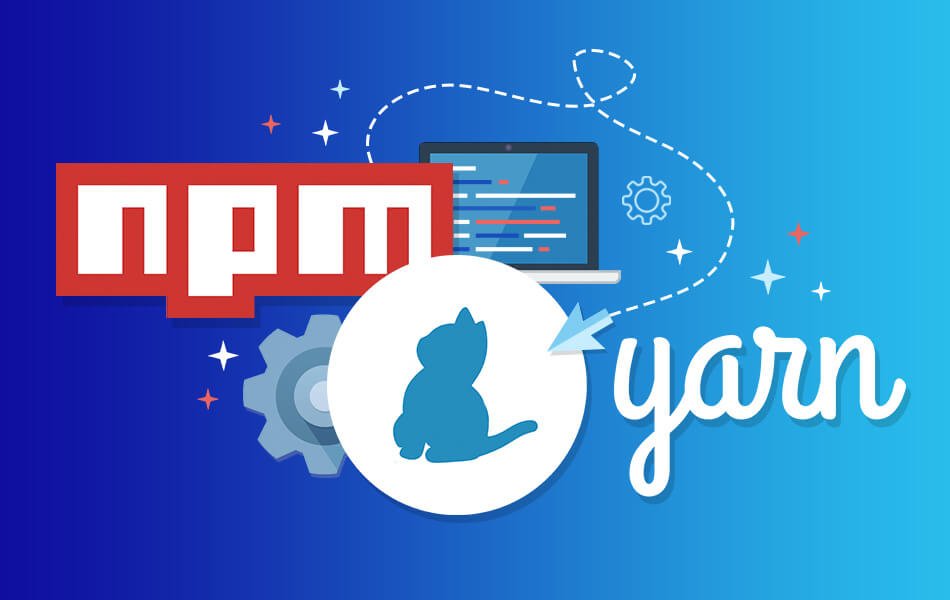 Yarn vs npm : Which Package Manager Should You Choose?

A package manager is a tool that automatically handles a project’s dependencies in a variety of ways. For example, with the help of a package manager we can install, uninstall, update, and upgrade packages, configure project settings, run scripts, and so on. All the hard and tedious work is done by the package manager, leaving to us only the fun part — the coding itself.

Yarn is a JavaScript package manager created by Facebook. Yarn stands for Yet Another Resource Negotiator. It provides similar functionalities as NPM. It is an alternative to NPM when installing, uninstalling, and managing package dependencies from the NPM registry or GitHub repositories.

As I noted above, npm comes preinstalled with Node, so there’s no need to install npm manually.

In contrast, Yarn needs to be installed explicitly. First, we need to install Yarn globally:

When we run npm install, the dependencies are installed sequentially, one after another. The output logs in the terminal are informative but a bit hard to read.

To install the packages with Yarn, we run the yarn command. Yarn installs packages in parallel, which is one of the reasons it’s quicker than npm. If you’re using Yarn 1, you’ll see that the yarn output logs are clean, visually distinguishable and brief. They’re also ordered in a tree form for easy comprehension. But this is changed in versions 2 and 3, where the logs aren’t so intuitive and human-readable.

So far, we’ve seen that npm and Yarn have different commands for installing packages. In the next section, we’ll explore more commands.

These commands make switching between two managers easy, but there are some non-identical commands that can cause confusion. Let’s see what they are in the next list:

Yarn has also some unique commands which don’t have npm equivalents. For example, the why command displays the reason why a package is needed: it may be a dependency, a native module, or a project dependency.

Whenever Yarn or npm need to install a package, they carry out a series of tasks. In npm, these tasks are executed per package and sequentially, meaning it will wait for a package to be fully installed before moving on to the next. In contrast, Yarn executes these tasks in parallel, increasing performance.

Yarn has a well-managed offline cache. You install an offline package with Zero times, a concept called Zero installs.

Zero installs stores the cache in your project directory. When you push commands such as yarn install or yarn add <package name>, Yarn will create a .pnp.cjs file. This file consists of a dependency hierarchy used by Node.js to load your project packages. Thus, you can access them almost at zero time.

In package.json, the file where both npm and Yarn keep track of the project’s dependencies, version numbers aren’t always exact. Instead, you can define a range of versions. This way, you can choose a specific major and minor version of a package, but allow npm to install the latest patch that might fix some bugs.

In an ideal world of semantic versioning, patched releases won’t include any breaking changes. But unfortunately, this isn’t always the case. The strategy employed by npm may result in two machines ending up with the same package.json file, but having different versions of a package installed — which will possibly introduce bugs.

To avoid package version mismatches, an exact installed version is pinned down in a package lock file. Every time a module is added, npm and Yarn create (or update) a package-lock.json and yarn.lock file respectively. This way, you can guarantee another machine installs the exact same package, while still having a range of allowed versions defined in package.json .

You download stuff from the NPM registry without necessarily knowing what you’re downloading. However, these package managers perform a security check on each install.

Yarn checks behind the scenes and make sure that you’re not downloading rogue scripts or stuff that can conflict with your project dependencies. Security is one of Yarn’s core features.

In the past, NPM was very fragile and didn’t provide a secure installation process. This allowed other packages to get included on the fly, resulting in possible security systems vulnerabilities. It has since then greatly improved on the security checks with its recent updates.

One thing to consider before choosing a package manager would be the to see which interface is user friendly. This includes how the command line terminal looks after running commands such as npm install or yarn add.

NPM and Yarn have different command-line interfaces. They are both user-friendly and have a good user experience. This is evident when using a command such as npm init and yarn init. They both have an interactive guide that helps users to initialize a Node.js project.

Yarn and NPM are continually updating to improve on their current features, as well as adding new features such as NPX and PnP.

NPX stands for Node Package Executor. It is a new addition to NPM version 5.2.0 or higher. NPX helps you to execute one-off commands. With NPX, you can execute packages from the NPM registry without installing them to your project dependencies.

There are more features that you can benefit from using NPX. Check this guide to learn more about NPX.

The npx command is used to run scripts from ./node_modules/.bin. It also allows you to execute packages from the npm registry without installing them in your project dependencies. For example, you can create a new React app by running the following:

In Yarn, you can achieve the same result by using the equivalent dlx command:

The most significant additions here are:

Check this guide to learn more about Plug’n’Play.

Yarn2 differs a lot from Yarn1. Check this migration guide on how to switch from Yarn1 to Yarn2.

Yarn is packed with a built-in license checker that can be useful in different scenarios when you’re developing applications.

Which Package Manager to Choose

We’ve covered the various similarities and differences of npm and Yarn, but we haven’t established which is better and which one we should choose. As ever, the answer depends on our desires and requirements.

As a general guide, let me conclude with the following advice:

If you still find it hard to make a clear decision between npm and Yarn, then you can check pnpm, which tries to combine the best from both package managers and is the third big fish in the package management pool.

These two package managers are great at managing and maintaining your project dependencies tree. They are reliable, and they have a great and supportive JavaScript community. With the added features, NPM is almost identical to Yarn.

There are not many comparisons to be drawn between the two. You can use Yarn pretty much in every case that you would NPM. It is meant to be a drop-in replacement.

The choice between the two may depend on personal preference, performance (package installations speed), community support, or ease of use.

And finally, don’t overthink it. Just choose one and move to the fun part: creating great apps!

Hope you have found this article helpful when making a choice between Yarn and NPM. 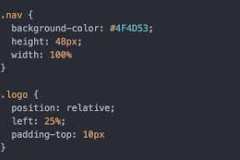 how to create a typewriter effect with css ? 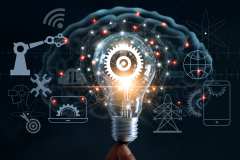 How to Expand Your Engineering Skill Set Without Q... 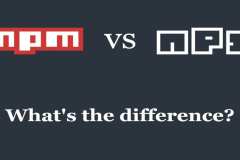 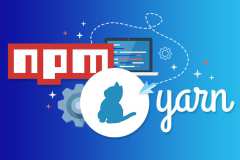 Yarn vs npm : Which Package Manager Should You Cho...